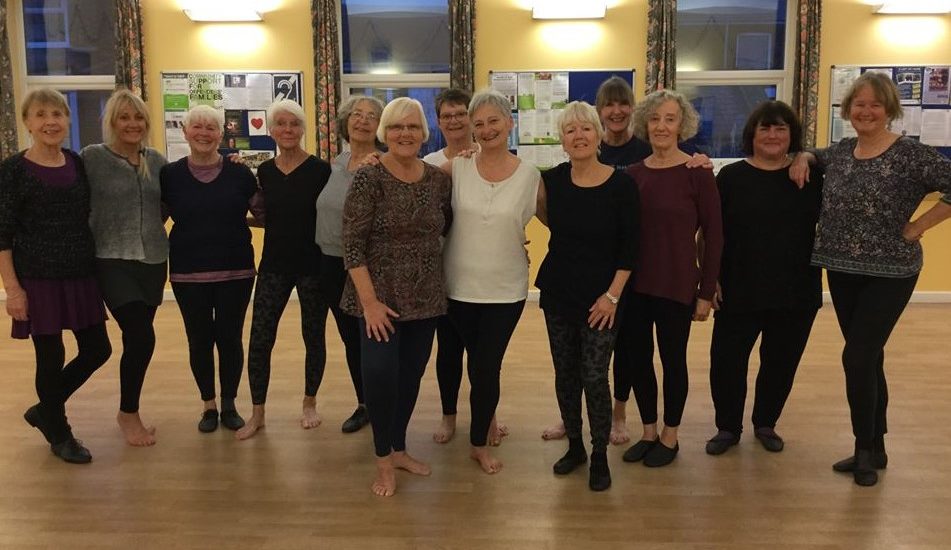 In November 2016, I founded ‘Samphire’ dance company, a company specifically for mature movers. I wanted older members of the Isle of Wight to have the opportunity to learn to dance, create and perform. Some members of the company danced when they were younger but most have never danced before. All come to class with a wealth of life experience and a willingness to try out new ideas and to push themselves mentally as well as physically.

I never thought I would have the opportunity to dance at this stage of my life. It’s great to be part of such a friendly group and to have such a good workout for the brain as well as the body. – Celia, a member of Samphire since the beginning.

Samphire meets each week in Newport.  Samphire has expanded to offer classes in South Wight (Ventnor) to people aged 50s + who would like to dance. 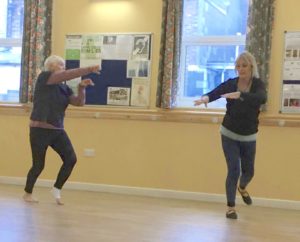 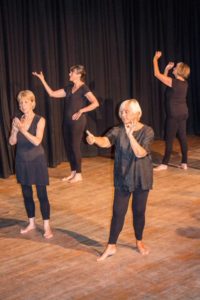 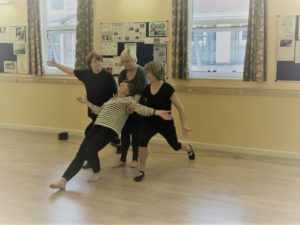 In the summer of 2017 I was commissioned to create a dance film inspired by Victorian photographer, Julia Margaret Cameron. The collaboration with Samphire, QuayCrafts and film maker Paul Windridge culminated in the film, ‘Under Julia’s Spell’ which formed part of the exhibition ‘Out of the Shadows’ at Dimbola Museum and Galleries. (Photographs by Carol Walker). 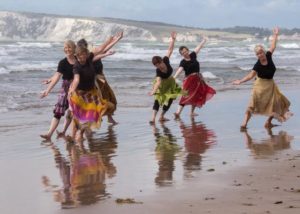 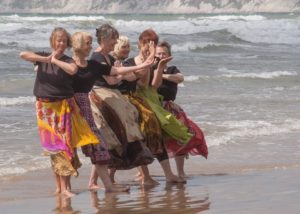 In May 2018 Samphire and friends took part in the world wide project, The Nelken Line. 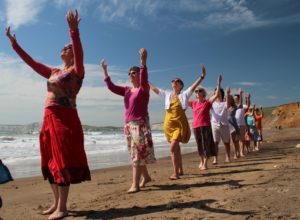 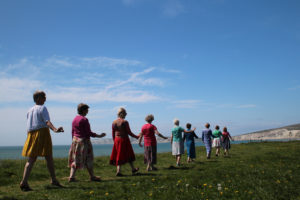 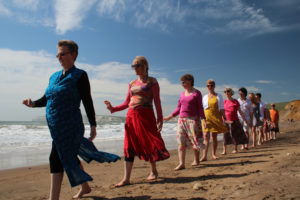 Summer 2018 at the Ventnor Fringe – ‘Knitting the Bones’ choreographed by myself, Michelle Hainsworth, and the company, with words and music by Sandy Kealty.

We took inspiration from the suffragette movement and produced a dance which not only explored the different roles of women, but also challenged the sedate image of older women in society. 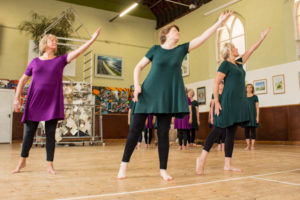 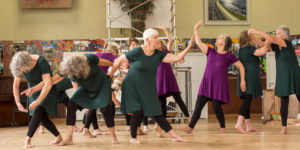 Summer 2019 and we’ve been dancing at a variety of places around the Isle of Wight.  We have collaborated with Paul Windridge and created ‘Journeys’ – an improvisation at Compton Bay 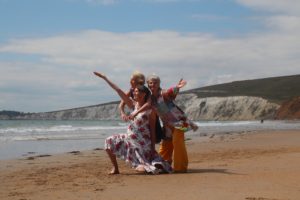 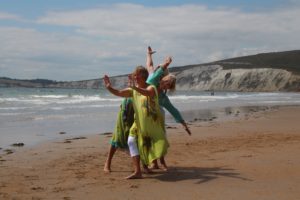 Summer 2019 saw another collaboration with Paul Windridge.  Taking inspiration from the sights, sounds and feelings we experienced in the wood, we created movement which culminated in the improvised dance, ‘Awakening’. 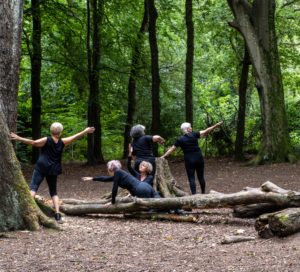 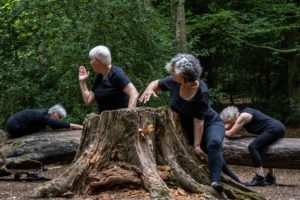 For all films, see the Galleries page.